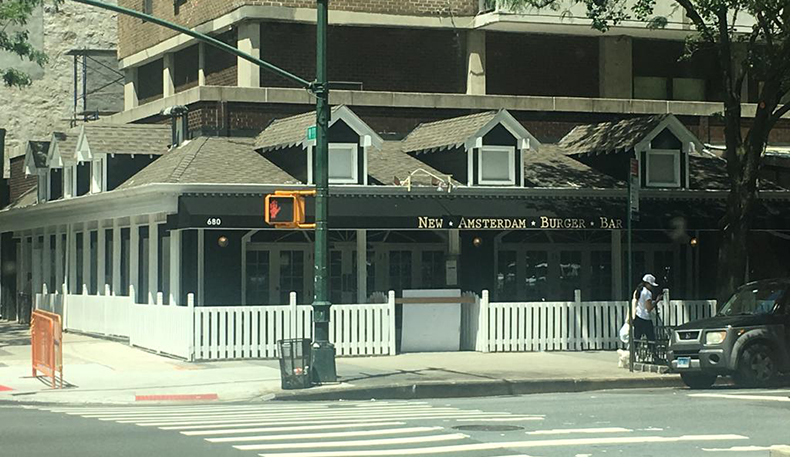 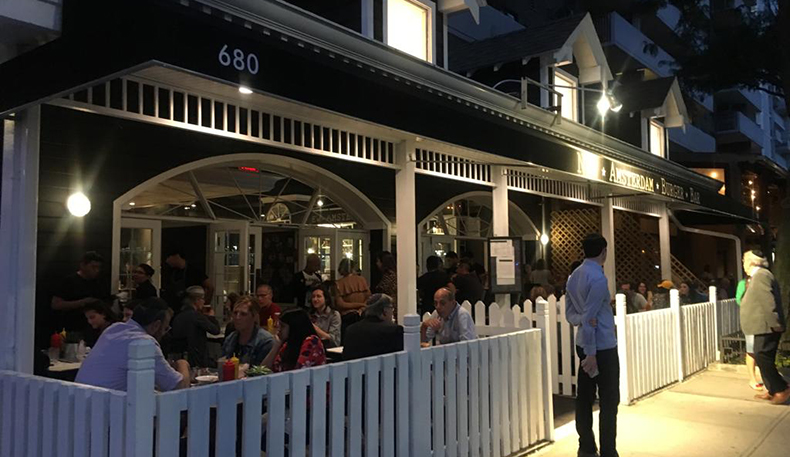 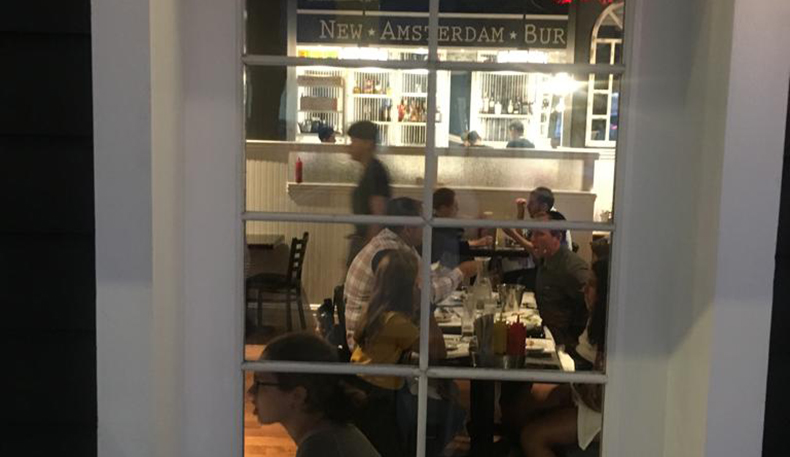 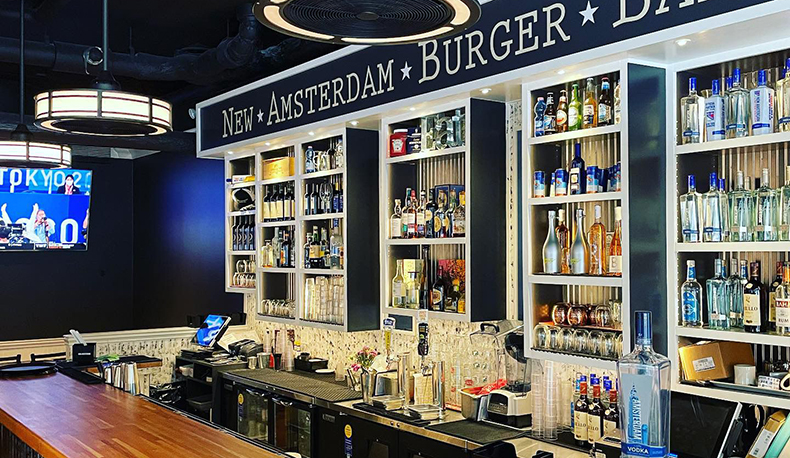 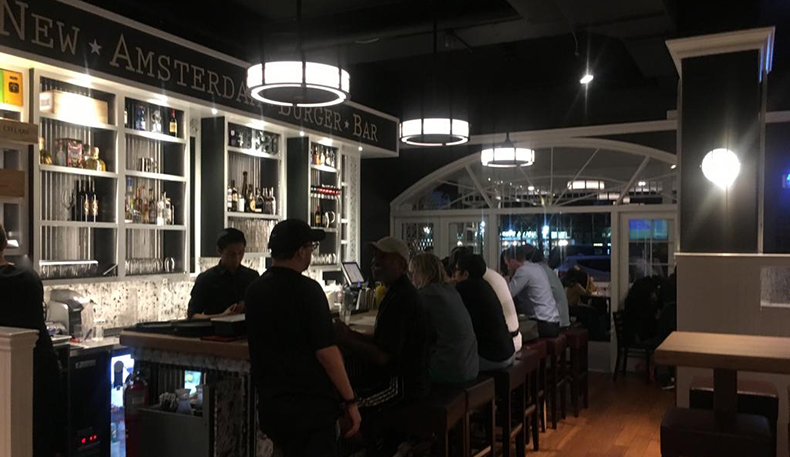 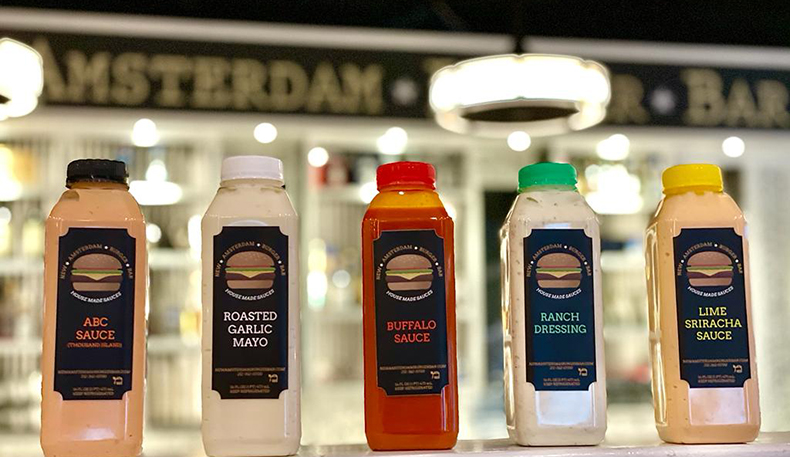 DOGS
Knockwurst
Sausage Of The Day

After partnering with Mike, they relocated their second-generation take on (New) Amsterdam Burger to Columbus and 93rd Street. Mike and Yossi fell in love with the great new location on the Upper West Side (right across the street from Trader Joe’s) and opened New Amsterdam Burger Bar in 2019. According to Yossi, the name is more than appropriate because, aside from paying tribute to its roots, it works for the location; before it was called New York, it was New Amsterdam.

New Amsterdam Burger Bar has that Upper West Side feel, with outdoor dining where customers can meet up and have brew and wings with a friend. Step into a bar where overwhelming country meets urbanized New York Yankees-style, i.e., pinstripes and unique textures.

Their burgers are made from scratch; they butcher, dice, and grind their own beef for a quality product. That quality and that effort works its way through the entire menu. There’s no question that the burgers are a top seller, but locals have become very dedicated to their personal favorite items over the years. The chicken tamales have a following that would gripe if it was removed from the menu. Speaking of Mexican fare, have you tried the breast of veal carnitas or crispy chicken fajitas? In deference to the country atmosphere, items such as the country fried chicken thigh and yam fritters give a taste of the south. Still, you can’t go wrong with a classic burger with sautéed onions, simple but delicious every time.

Their drink menu puts the Bar in New Amsterdam Burger Bar with house cocktails (and mocktails) plus a beer and wine list. Meanwhile, the dessert menu is where New Amsterdam lets them eat cake. They run specials that can be anything from a unique burger topping to Delmonico steaks once in a while and random specialties.

New Amsterdam Burger Bar offers takeout and delivery, and they pride themselves on speed and packing efficiency. They do their best to satisfy catering requests and offer platters and 9x13 pans to be reheated for events/Shabbos/Yom Tovs/etc.