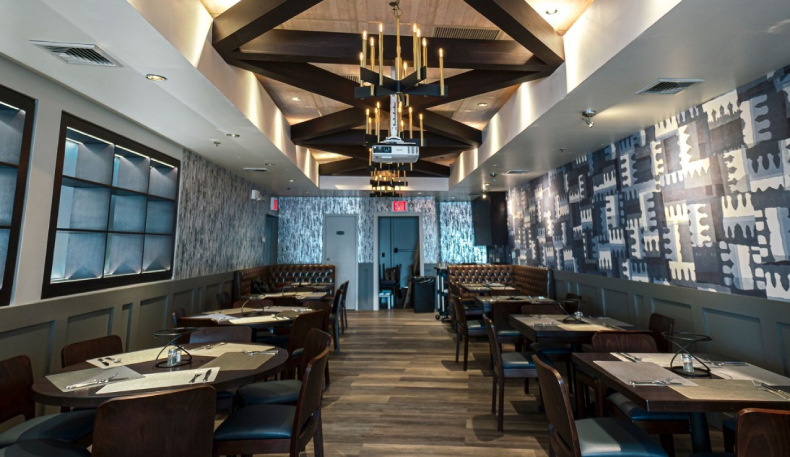 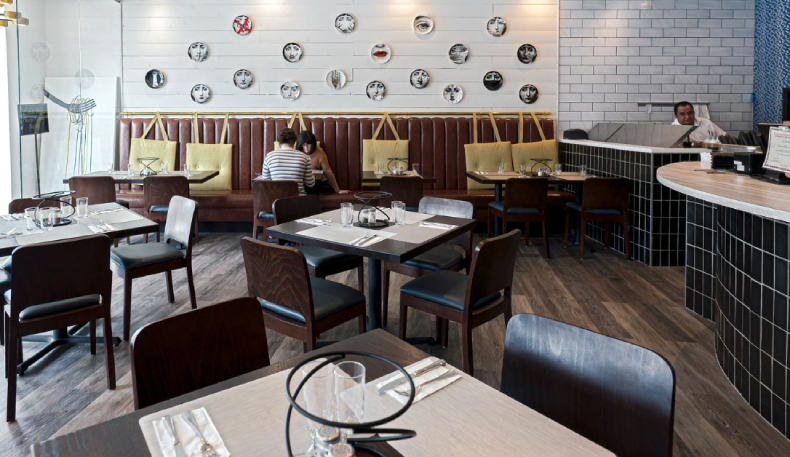 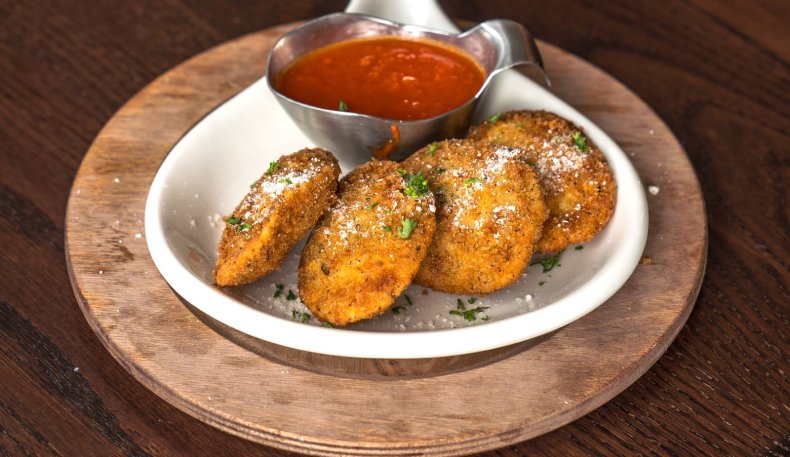 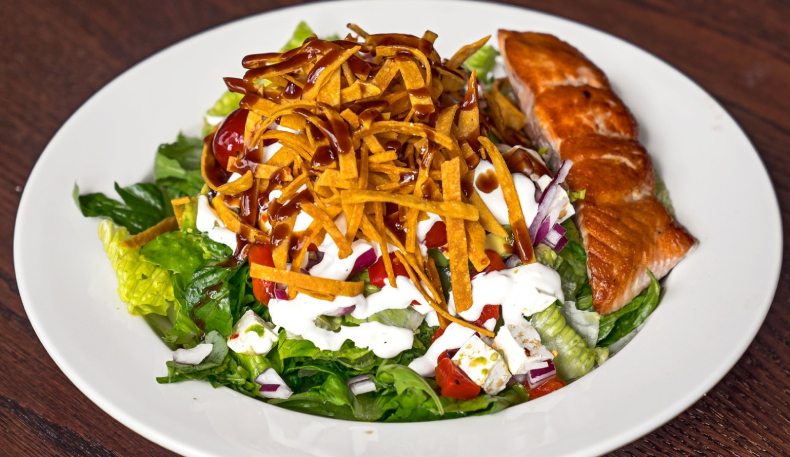 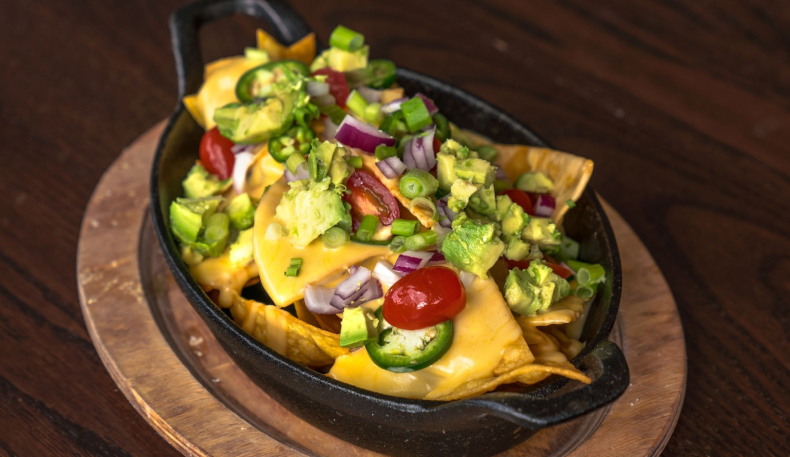 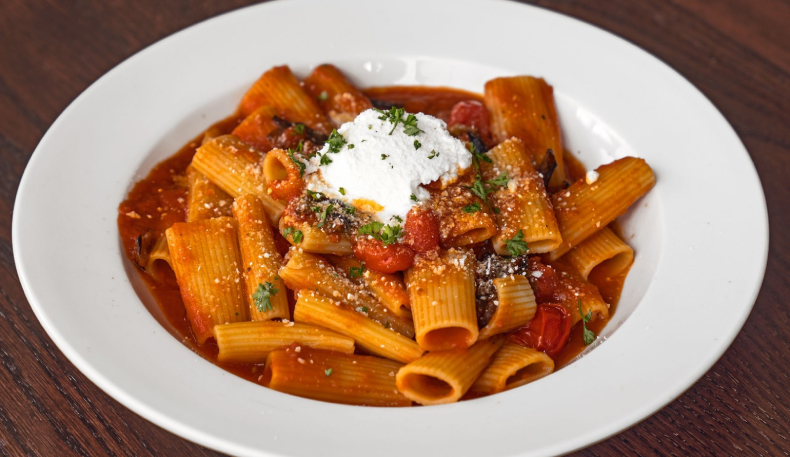 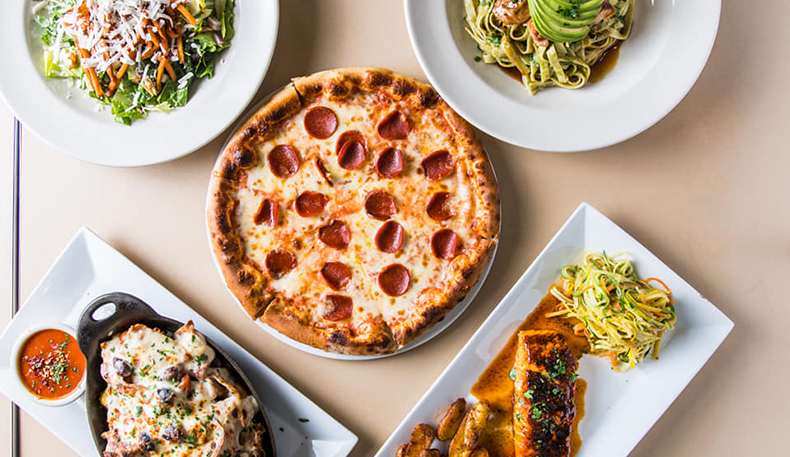 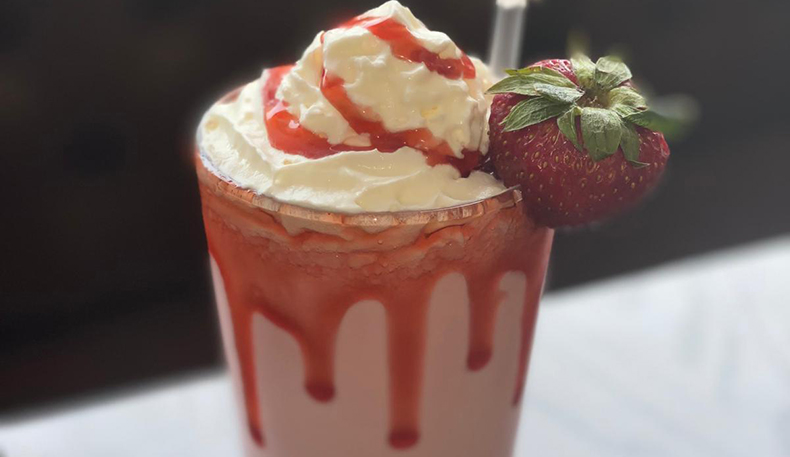 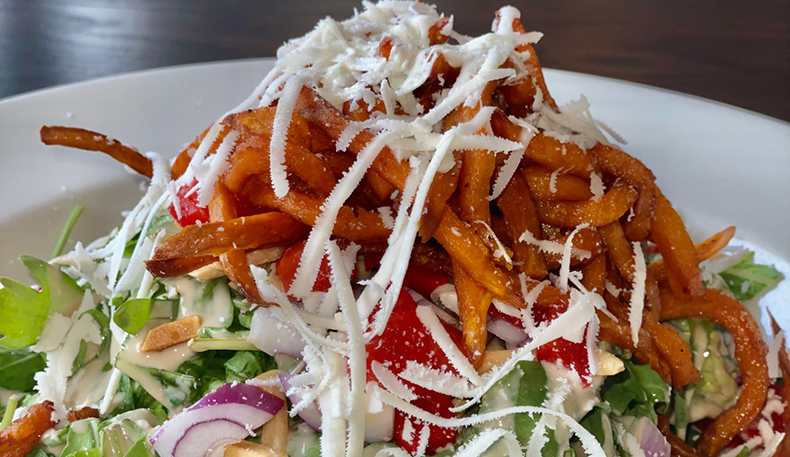 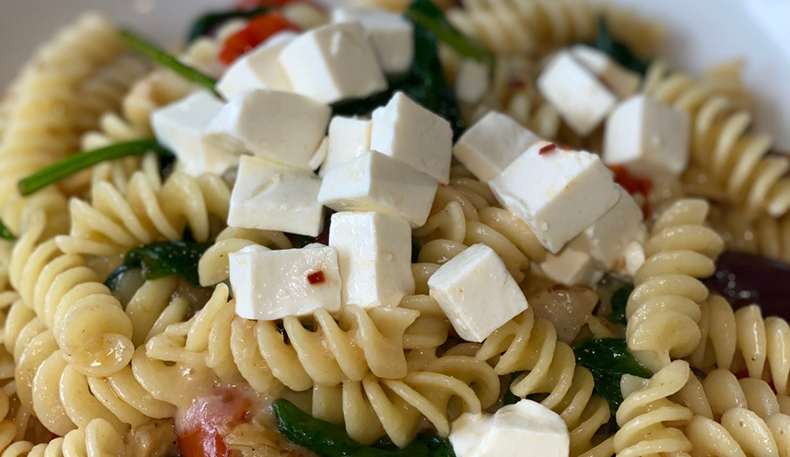 There’s a reason Upper Crust has been around so long. They opened over a decade ago, and popular demand has not only kept them around but led to Owner Adam Kay opening the newer location in Queens in 2019. The Queens location of this fancy dairy bistro quickly became as essential to the community as the original.

Upper Crust has a very cool and modern look. It’s mostly browns, blues, and yellows with a bit of silver. The counter, which stands in the middle of the room, have silver tiles on the side and wood on top. The pizza oven is visible, and surrounded by shiny blue wallpaper, while the rest of the walls are made of sleek looking even bricks. The overhead lighting looks like it stems from wine goblets. The booths are cozy and inviting. It’s the perfect place to settle in for a long and satisfying meal, which is exactly what you will be served.

For your main meal, you can order one of their various appetizing fish dishes such as the blackened tilapia, a specialty pasta dish such as Pappardelle made with homemade egg noodles, pesto, broccoli, roast pepper, shaved parmesan, or one of their specialty brick oven pizzas, such as the Buffalo Pollo, which is topped with crisp vegan chicken, mozzarella, bleu cheese, bechamel, and a buffalo drizzle. The dessert options range from various ice cream flavors, cakes, and dessert pizzas such as the Nutella pizza with a praline fudge spread, bananas, and whipped cream.

They have a brunch menu during the week from 11:00 to 3:00, a catering menu for special events, and a menu for private events held on the premises. They also do takeout and delivery through Grubhub, UberEATS, and Doordash. Whatever your meal needs, they have you covered.

Upper Crust takes food very seriously they put their heart and soul into every meal that they make. All the options you could want in a dairy place are available at their table. There’s an empty seat waiting for you there, but with the popularity of this place, it won’t be empty for long. It’s time to break some bread.