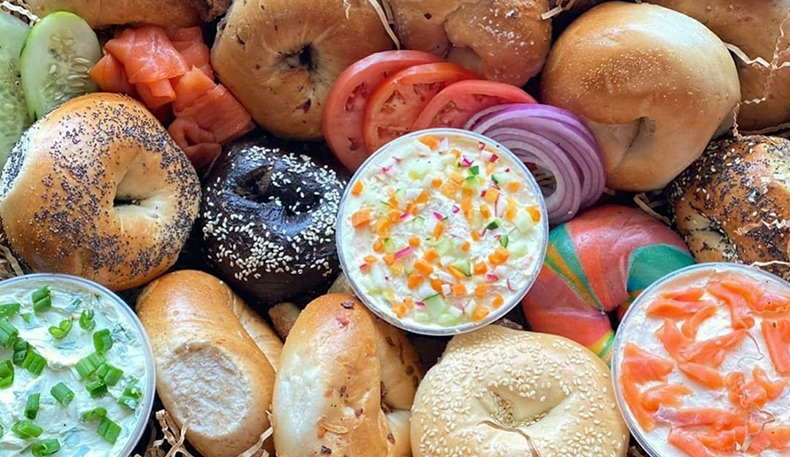 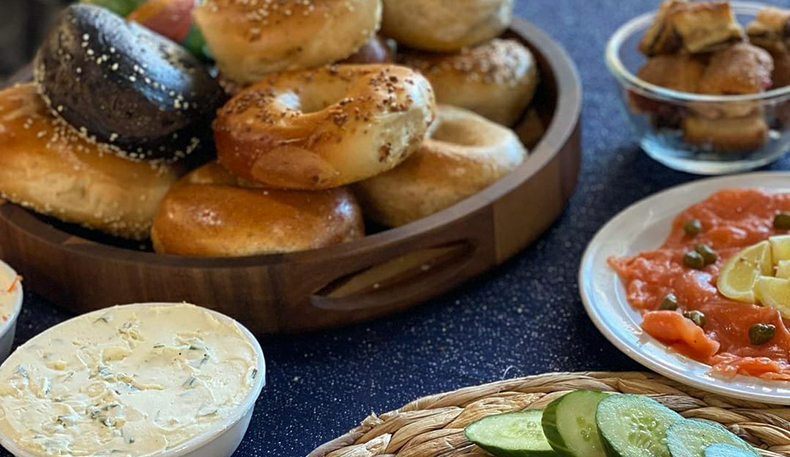 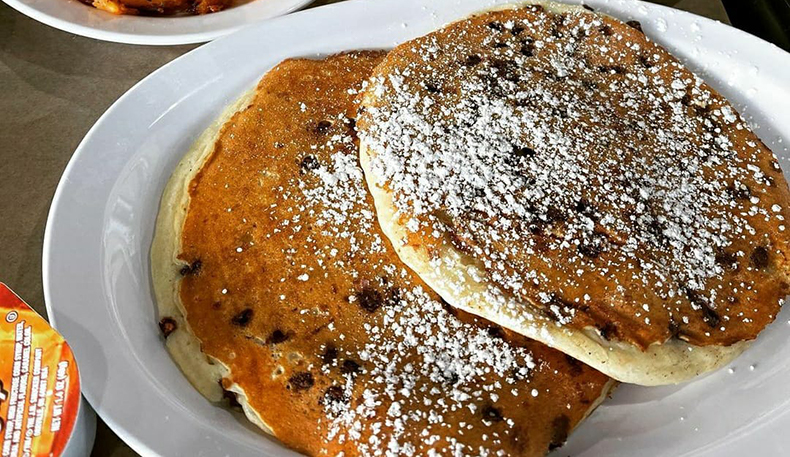 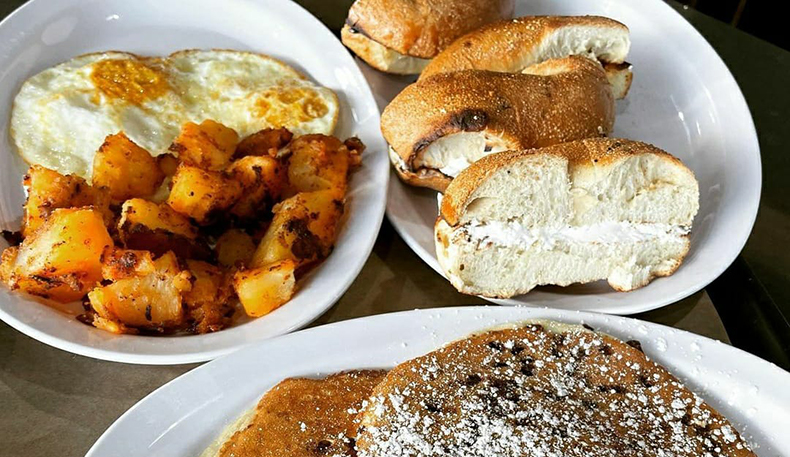 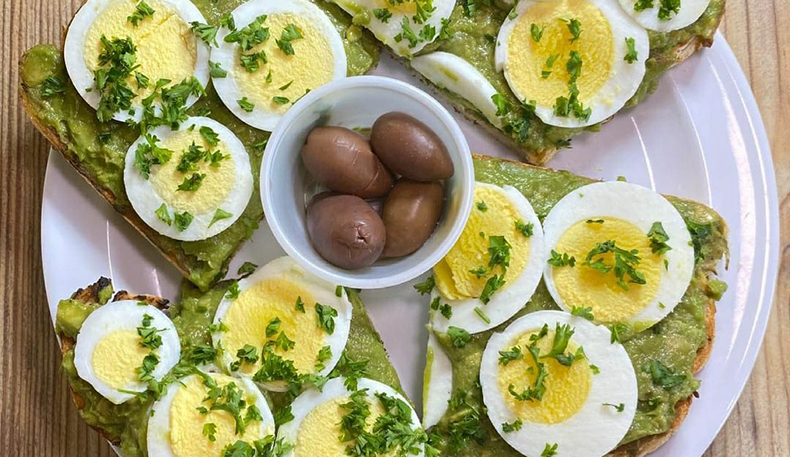 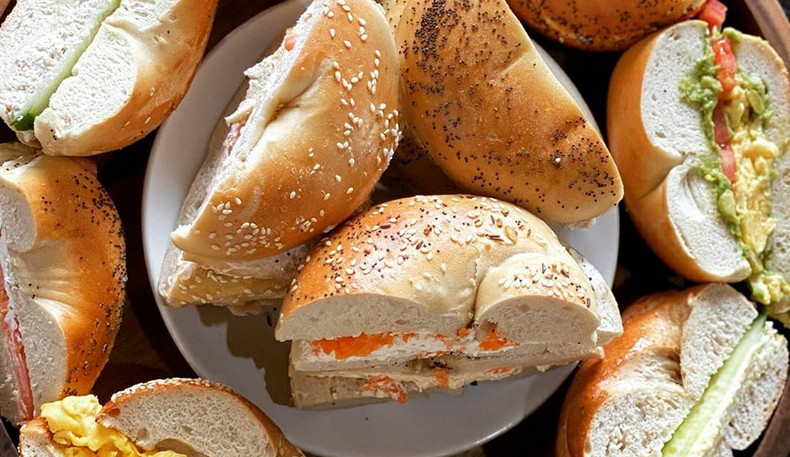 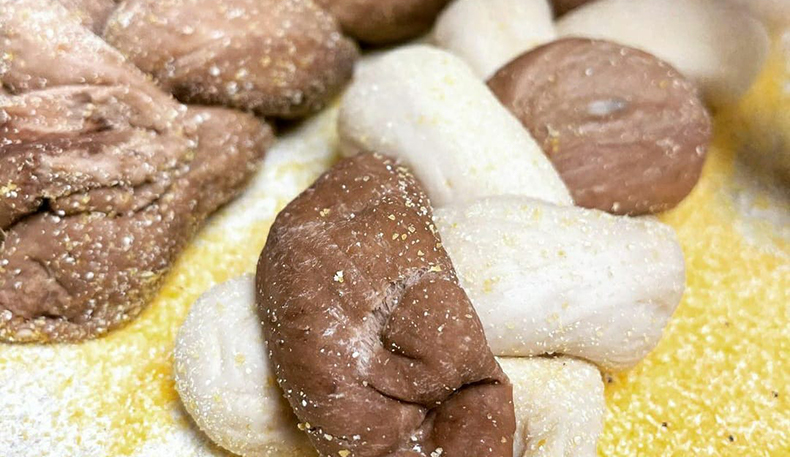 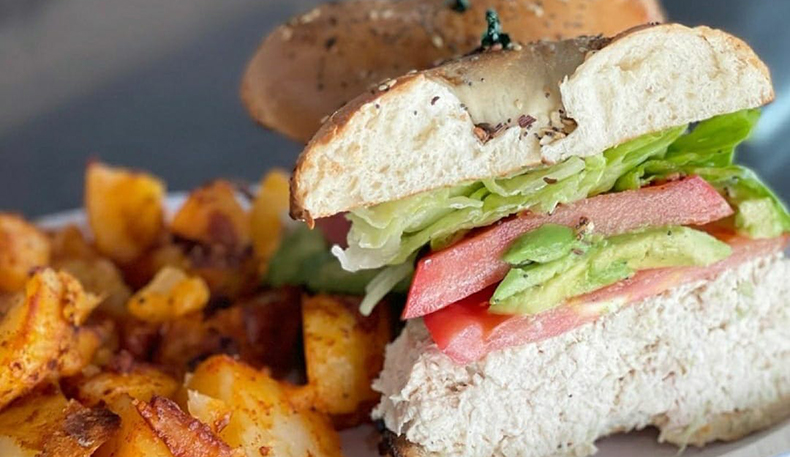 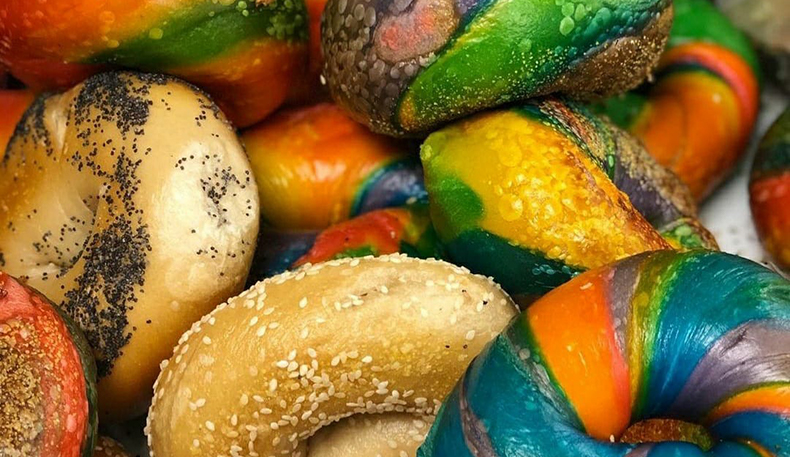 RESERVATIONS No
CREDIT CARDS All Major

  MENUS
  CONTACT Bagel Cove
  How was your last visit to Bagel Cove?
  DIRECTIONS

Like many of his fellow Jews, Shlomi Ezra loves New York bagels. The original Bagel Cove, a popular non-kosher staple in Aventura, which has been in business for decades, had the secret recipe for making good New York bagels in Florida (hint, it’s in the water). Ezra got his hands on Bagel Cove’s secret recipe and opened a kosher Bagel Cove in December of 2019.

This kosher deli started as a wholesale factory that produced bagels. Once the shop was added, locals flocked in. As in most deli’s, a deli case is on display when customers enter for them to peruse. Customers get the experience of a New York bagel place when they see the new York bricks and the high ceilings. The main attraction is a rather large viewing window where customers can watch them make the bagels. Kids love it; it’s like being at the theater for them.

Bagel Cove’s menu consists of breakfast fare, eggs, French toast, pancakes, and of course, bagels. They have thirteen different varieties, plus bialys, flagels, and a new invention, the challagel. During the height of the COVID-19 pandemic in 2020, Ezra organized giveaways for families in need from Bagel Cove and other restaurants in the area (he made videos and posted them on Facebook). One of the places he worked with during this time made challahs, and it occurred to Ezra that if they took the dough from their bagels and shaped it like a challah, that have an exciting new baked good. The challagel was born. Bagel Cove offers this specialty with multiple twists. The challagel comes in rainbow or holiday-specific colors.

In addition to having appetizing fare, Ezra prioritized customer service among his staff because he knows that is the key to success. It’s essential to have good food, but that’s not enough. Good customer service is what keeps customers coming back, and since they have been, he must be doing something right. The prices are also incredibly affordable. You can get a full breakfast with a drink, entrée, and sides for less than eight dollars. A bagel with cream cheese and coffee is only a few bucks. Overall, Bagel Cove offers Floridians something rare in Aventura, an affordable bagel place that caters to the Jewish community.