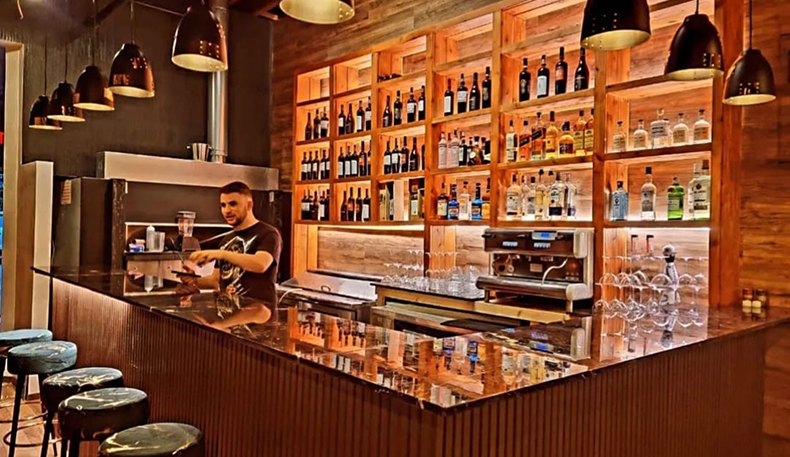 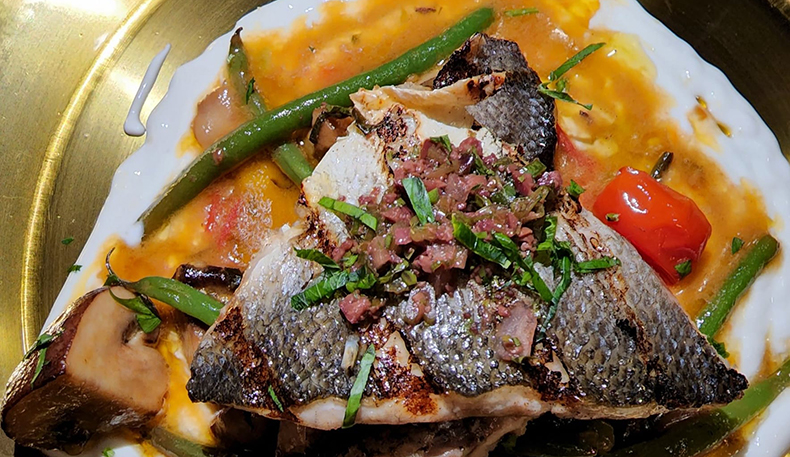 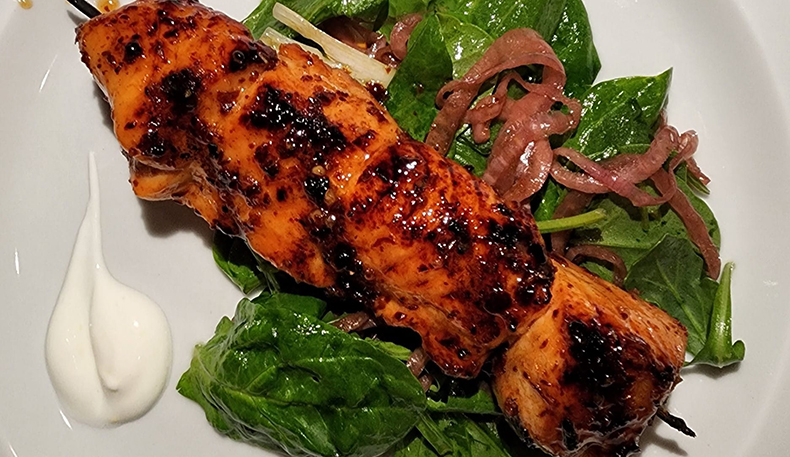 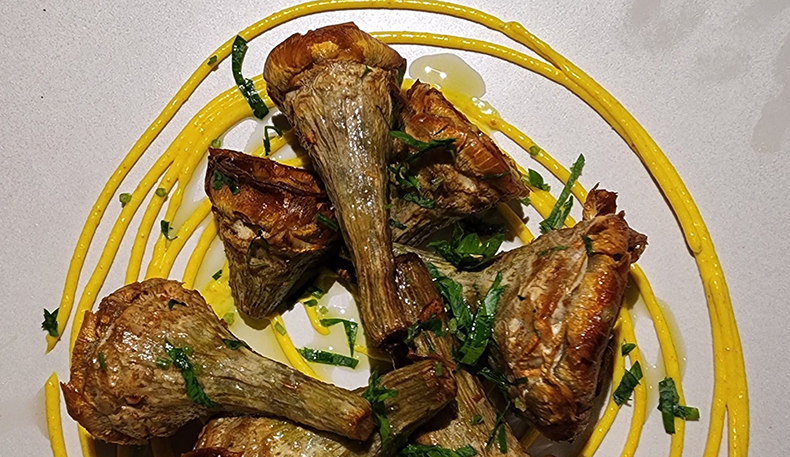 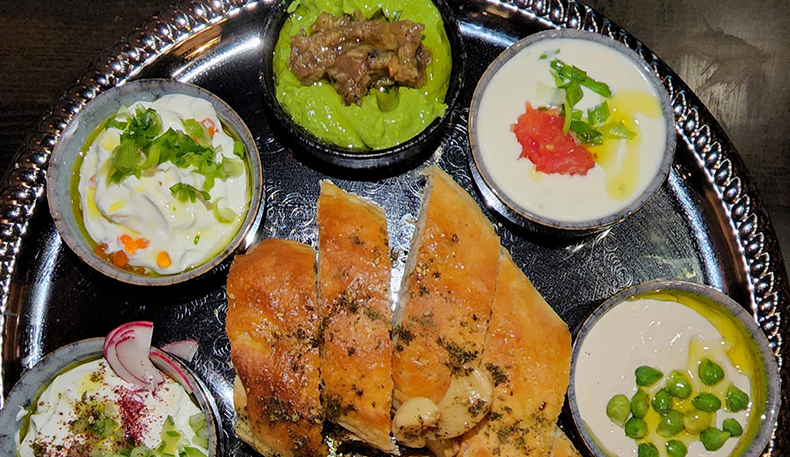 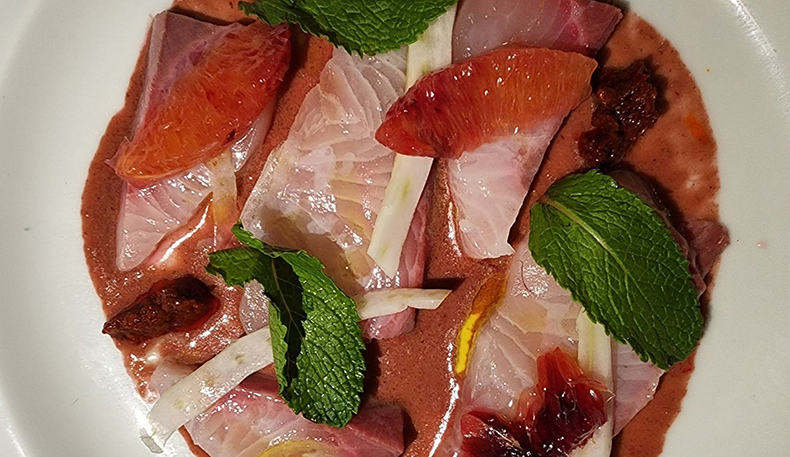 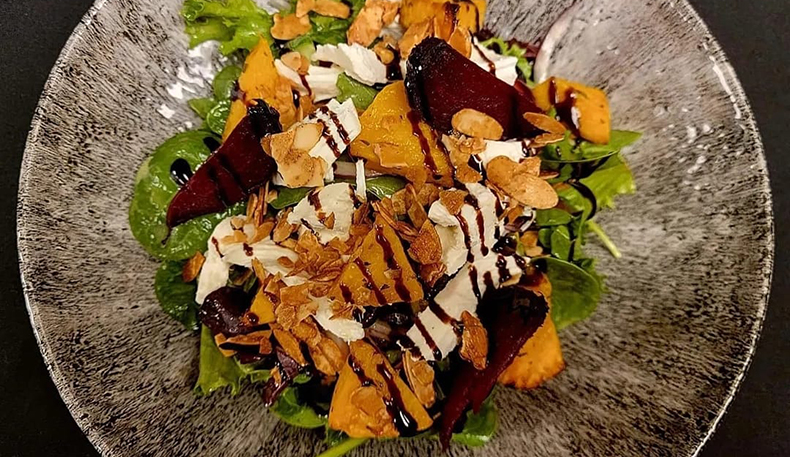 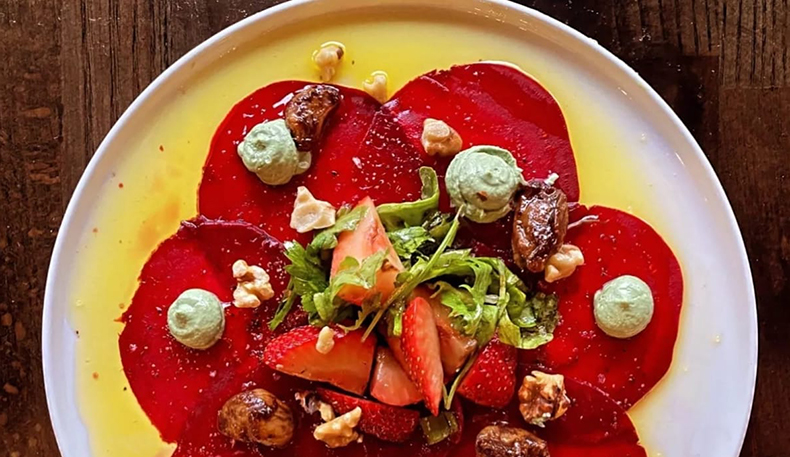 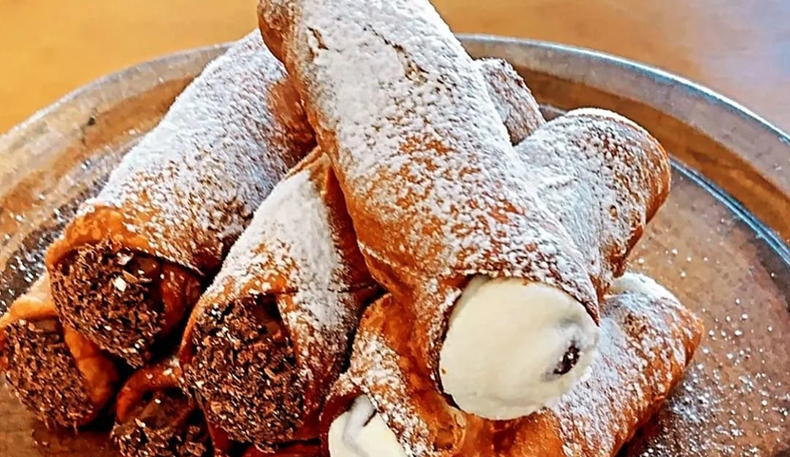 ABOUT Tru by Mur
After the success of MUR, and their upcoming expansion next door, owner Igor Fazylov, took advantage of the former MUR location to introduce his take on high end, dairy cuisine. He opened TRU by MUR in May 2022. A fusion of various cultural cuisines, this place is tru(ly) one of a kind.

TRU has a SoHo vibe. The décor is woodsy and colorful, and the room centers around the bar, which also houses the wood oven where their pizza is made. Diners can sit at the bar, which seats 12, and see how the pizza is made or chat up the mixologist.
The menu boasts many signature dishes. Ordering the Mezze is a must. It's a selection of five Mediterranean spreads with French bread and whole garlic. The spreads include fire-roasted eggplant (green tahini, marinated Japanese eggplant, and zchug), smoked trout (labneh, dill, scallions, olive oil & trout roe), hummus- (Tahini, cilantro & baby green chickpea stew), spicy feta (charred jalapeño, olive oil, and crushed tomatoes), and labneh (marinated Israeli cucumbers, garlic, dill, zaatar, and sumac). Another popular dish is the Hamachi Krudo, which consists of blood orange mint, toasted pepitas & fennel orange puree. Their crispy baby artichoke, made with parsley, turmeric, aioli & sumac, is some of the best you will have. Even those who don't like artichoke will like this.

There are a variety of salads, from their special paradise salad to their quinoa salad. For an entrée, try ravioli ricotta, which has spinach, English, peas, and lemon. You could also go for the walnut pansotti, which has foraged wild mushrooms, pecorino, tomato, garlic, and oregano.
Kosher craft bars are not commonplace, but TRU prominently features the Long Island idea of craft cocktails. Ordering a cocktail at Tru is an interactive experience between patron and bartender. You'll play a role in crafting your cocktail. Such is the case with the signature Tru Blu, which starts as a clear cocktail. The guest will be given the option of personally adding a shot of butterfly pea blossom and watching the cocktail magically change color. As you get to know the drink menu, bartenders Abe Veroba and Kevin Fields will get to know you, and before you know it, you'll be able to come in and order your usual.
In addition to drinks and dinner, Tru has a special Sunday brunch menu, featuring items such as very special brown butter waffles with mascarpone cheese, homemade pancakes with blueberry compote, and eggs in a basket.
Between what happens at the bar and what shows up on your plate, your dining experience will be tru(ly) spectacular.